Admitted in New York and New Jersey, Bruce’s areas of concentration include real estate, corporate and union governance, employee benefits, and employment related matters. He has substantial experience handling sales and purchases of commercial and residential properties, commercial leases and licenses on behalf of both landlords and tenants and dealing with a wide variety of title and financing considerations. Bruce also acts as counsel to many large and small companies on the entire range of benefit and employment issues, and advises employees regarding employment agreements, severance agreements, and discrimination and benefit claims.

Bruce has worked on behalf of legal service plans and with union members and trust fund administrators his entire career. During that time, he has represented individual laborers, laborer locals and trust funds in many capacities. Bruce is a member of the New York State Bar Association and has provided counsel to the boards of both for profit and not-for-profit corporations. He is active in many community projects and has been honored by the New York State Senate for his civic and charitable activities.

Bruce works closely with the many clients he represents, including corporate CEO’s and comptrollers, International and Local Union Officers, Trust Fund Trustees and Administrators, and corporate and organizational directors ensuring that the needs of their members and participants are tended to and that the interests of the entities are protected. He also uses his firm but mild manner to communicate his clients’ positions and to resolve issues as non-contentiously as possible. This allows him to work effectively and efficiently with clients, other professionals and adversaries. These traits combined with his genuine care and concern for his clients and colleagues, his reputation for integrity and his competence in his areas of practice has resulted in the development of strong relationships between Bruce and his clients. 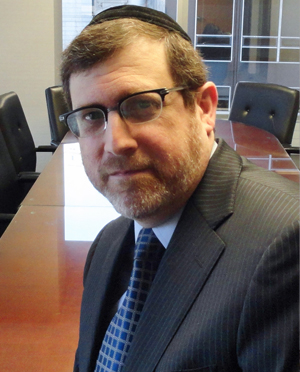 "You are the BEST!! Thank you for everything. You truly went above and beyond for us and your hard work was greatly appreciated." - Donna G.

"Whole experience was a pleasure. My attorney was excellent. Very happy with the firm."

"I had a great experience with Bruce Listhaus, the attorney at the office. He is well educated and is a great lawyer. He protected me and would recommend him to a friend. PS. The services by that offices are great!" - Susan B.

"I was very happy with the firm and the job that was done. I will be coming back." - Charles H

"We have used your company for a number of years now, and we are completely satisfied. Thank you very much." - Mrs. Paula R

"My whole experience was excellent! I will definitely use these services in the future." - Daniel R.